Mindanao State University – General Santos, through the Office of the Vice Chancellor for Research and Extension (OVCRE), launched the Center for Biodiversity Studies in SOCSKSARGEN (CBSS) and named the newly designated VCRE, Dr. Jaime A. Namocatcat. Dr. Edna P. Guevarra, outgoing VCRE, proposed the CBSS in 2018 with the support of the Department of […] MSUans, our go-to place for pictures and making memories has finally donned its new look. Come and see the newly repainted I MSU GENSAN landmark as you enter the campus. Made possible through the efforts of the administration and beautifully crafted by our University’s visual arts guild — Pinta Okir, the landmark features familiar designs […] Mindanao State University – General Santos successfully hurdled the administration of the System Admission and Scholarship Examination (SASE) last January 15. Under the supervision of its Admissions Office, the examination was simultaneously administered to its testing centers to determine the admission and scholarship of incoming 1st-year students to the MSU System. In its main testing […]

Ceremonial Launching of the College of Medicine 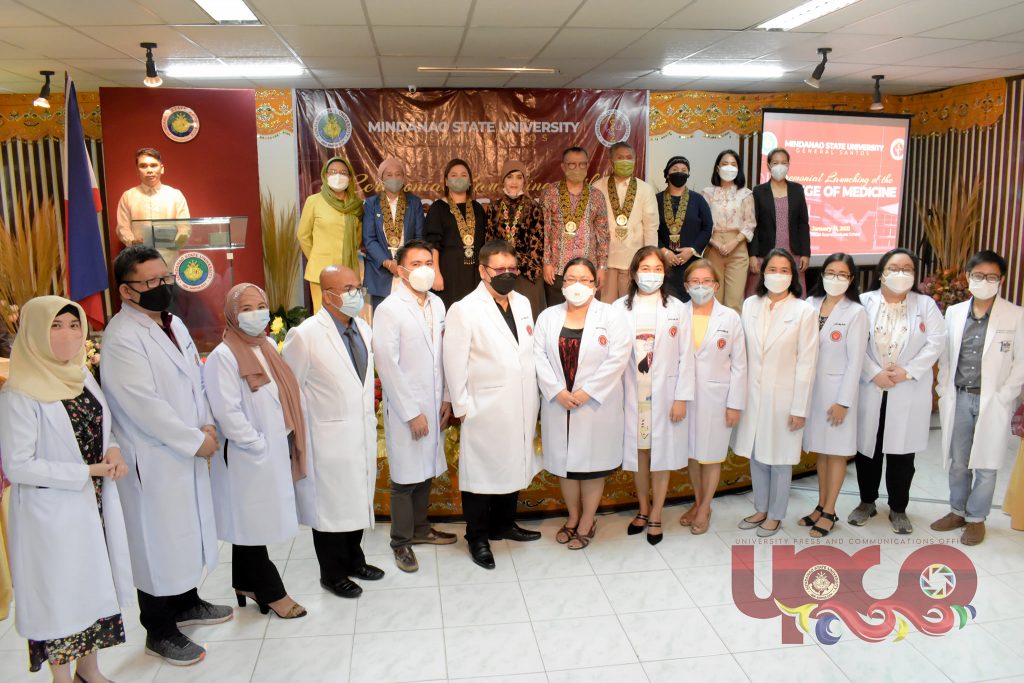 Mindanao State University – General Santos recently held its Ceremonial Launching of the College of Medicine on January 31, 2022 at the Audio-Visual Room, Graduate School. “It is a dream come true,” OIC-Chancellor JD Usman D. Aragasi remarked in his welcome address. “This is not only beneficial to a very small sector but…MSU-Gensan College of […]